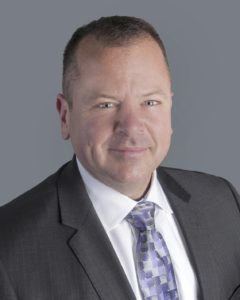 Michael Laliberté, Founder and CEO of Coastal Family Wealth Advisory, is also the Managing Director of Coastal Family Business Advisors.  He advises clients based on his own experiences.  He believes he cannot lead people to places he has never been himself, and treats every success and failure as a learning opportunity.  His insight and counsel, whether it is for financial planning or business planning, has been formed from these real-life successes and failures.  And that is what he imparts on his clients.

From an early age, he developed a passion for how a business works.  At the age of 7, he started selling golf balls and beverages to the golfers playing the course his family lived on.  He learned the importance of simple things; treating people fairly, giving more in value than receiving in coins, and saying “please” and “thank you”.  Most golfers were repeat customers making sure they stopped at his refreshment and golf ball stand as they made their way past his family’s home.  Michael’s early journey made a tremendous impact on his future and equipped him with a thorough understanding of how the entire business mechanism works.

Shortly after he graduated from high school, he chose to serve his country as an infantryman in the U.S. Army.  However, due to a training injury, Michael was discharged and entered the financial services industry in 1990. Soon after, he co-founded an investment management firm and sold his shares to his former partner in 2000 and moved to Florida.  Then, in 2007, at the age of 43, he re-entered military service, once again, as an Army infantryman. This period included assignment to both South Korea and Germany, and a deployment to Afghanistan at the age of 46.  He concluded his military service and resumed his career in business and financial planning in 2014.

Michael earned a bachelor’s degree in management with a concentration in finance from Johnson & Wales University. He also earned a master’s degree in personal financial planning and holds the Master Planner Advanced Studies℠ designation from the College for Financial Planning. He also holds a Chartered Financial Consultant® designation from The American College of Financial Service.  Michael also earned the Certified Exit Planning Advisor designation from the Exit Planning Institute. He further worked for and earned designations as a Certified Value Growth Advisor from Corporate Value Metrics and the Certified Value Builder from Value Builder System.

Check the background of investment professionals on FINRA’s BrokerCheck.

The information being provided is strictly as a courtesy. When you link to any of these websites provided herein, Coastal Family Wealth Advisors makes no representation as to the completeness or accuracy of information provided at these sites. Nor is the company liable for any direct or indirect technical or system issues or any consequences arising out of your access to or your use of third-party technologies, sites, information, and programs made available through this site.